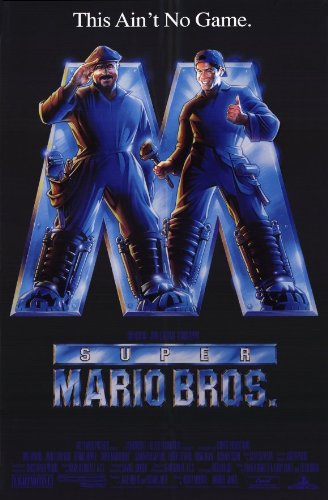 Out of all the decisions this movie made that I don’t like, I actually agree with their choice of tagline.

Not many people respected video games in 1993. I had spent the better part of four years obsessed with the idea, though, and after begging and pleading for my parents to let me buy a used Nintendo and a hoard of crappy sports games from one of my dad’s students, I finally got my wish and had my very own box of magic entertainment—which they promptly made me sell if I wanted to buy the Super Nintendo. Needless to say, I often felt treated like a leper for basically wanting to entertain myself. My community of friends at school extended about half the distance of a normal nine-year-old, so I had a great deal of trouble seeking out like-minded individuals to discuss the finer points of proper Mega Man boss order, how to make Link’s tools from scrap wood lying around the house, and whether or not a power-up mushroom would jump back out of the lava and let you grow to nearly the size of the screen (Note: It never happened…until the New Super Mario Bros. I think Nintendo had spies listening in on our playground conversations). 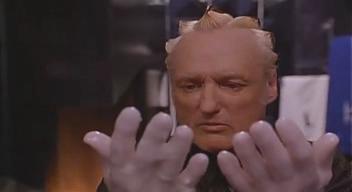 Captain N: The Game Master and the Super Mario Bros. Super Show aired irregularly and infrequently, so when they announced a live action film version of the game, I just about had a nine-year-old aneurysm from over-stimulation. A video game movie! How did God approve that one? Did the grown ups know about this? Fuck yeah, they knew. They just didn’t care—as evident by the movie itself. See, I recently looked up this milestone film for old time’s sake…then shut it off halfway through. But then I obtained the rifftrax file to sync up with the movie and then…then! I could get through the film without vomiting out of my ears from the horror.

The keen observer may notice several subtly placed allusions to the Super Mario Bros video game series. To examine the effort they put into making this movie, I want you to read the excerpt from the NES instruction manual (I assume from the movie’s title that they decided to skip Donkey Kong and Mario Bros and go straight to Mario’s upgrade to Super): 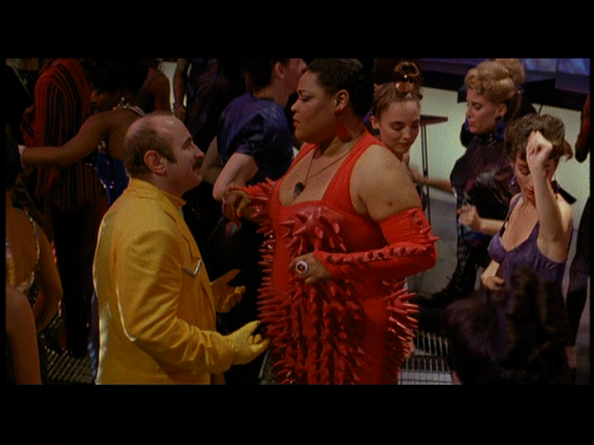 We all know about Mario’s predeliction for sea food…no jokes about Bertha swallowing him whole, though.

Excellent! A single eighth of a page of source material, and the screenwriters have plenty of information to work with. The first sentence alone provides us with a premise, a setting, a victim, description of the villain and a pretty strong clue as to their methods. As a writer myself, I know exactly where I could go with mushroom kingdom and black-magic wielding turtles—obviously to mammalian, humanoid evolutions of dinosaurs in modern day Brooklyn. Perfect match!

Seriously, if you need compelling evidence that the free market economy does not follow natural rules that inevitably leave customers with the highest-quality product that will satisfy them, look no further than this movie (although any other video game movie offers pretty good support to this thesis). I imagine they met with the screenwriter and said, “So we have a simple premise. A plumber…”

“Yeah yeah. Whatever. Mario rides that Yoshi guy my kid won’t shut up about, right? Some story about dinosaurs. Got it, got it. Now leave me alone.”

I have to credit the writers with creativity, though. For those of you who know the premise of the game…well, forget it because it will only confuse you. A mysterious narrator who only appears for the film’s opening explains that the meteor at the end of the Cretaceous period didn’t kill the dinosaurs, but split them off into a parallel dimension where they evolved in a way that eliminated the need for hiring a costume design team. Koopa, in the only fraction of the film that resembles the game in any way (kinda), turned the King into a fungus using his…magical?…de-evolution machine and set himself up as an Orwellian despot, keen on invading neighboring dimensions for lack of any actual neighbors to invade. Although Princess…uh, Daisy (really? The one from the game boy? Okay then…), while not possessing a mushroom’s sack worth of power to challenge Koopa, happens to have a fragment of the meteor that somehow can unite the two dimensions, sort of like a cyberpunk Dark Crystal. Except her mother abandoned her in Brooklyn, where she grew up and fell in love with…uh, Luigi? Really? What, did the director really feel that fans would respond better to Mario dating someone out of My Cousin Vinnie than the Mushroom Princess?

Meh. Forget the story. If you really want to understand how badly these guys missed the mark, they cast Dennis Hopper as Koopa. Dennis. Fricken. Hopper. Why not just hire Quentin Tarantino to write the script and hand it to Martin Scorsese to direct? Silence of the Lambs came out only two years earlier…I think Anthony Hopkins could have done an excellent job as Mario, don’t you think? Who casts Dennis Hopper in a light-hearted fantasy about mushroom people? And they didn’t stop themselves with turning Koopa into a calculating, predatory monster. Nope. Goombas (and I think koopa troopas?) became towering, 8-foot tall behemoths. Big Bertha became a bad-ass gangster woman who outweighs Mario and Luigi put together. Toad appears as a folk singer. A folk singer! I rather enjoy folk music, but when the source material describes his job as “Mushroom Retainer,” I expect him to pick up his sword and stoically fight off Koopa’s minions to his last feudalistic breath, not sparking up a doobie and serenading us about the evils of anti-union robber barons. The harmonica doesn’t quite have the same power to change the course of politics as a claymore to the skull. 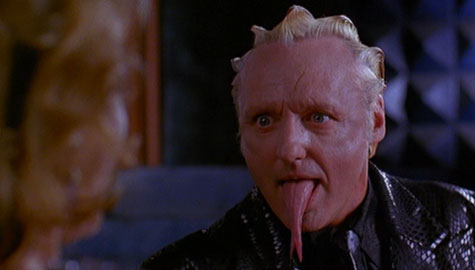 Oh, God! Dennis! Keep that thing to yourself. You already make us feel uncomfortable.

Let’s run down a list of game elements that may potentially remind Mario lovers why they wanted to see this movie. Mushrooms? Nope. Castles? Nope. Fire flowers? A few enemies use flame throwers, but I think those found themselves in the film by accident. Jumping—you know, Mario’s original name? Accomplished once or twice—sorta—via rocket-powered shoes. Koopa Kids? Turned into Koopa’s cousins (well, one of them, at least), but bear a stronger resemblance to Dumb and Dumber than anything else. Yoshi? Looks like either an emaciated velociraptor or a baby skeksis who might die under the weight of a saddle. Turtles of any kind? They didn’t even spring for used costumes from the Teenage Mutant Ninja Turtles movie. Going through pipes? Maybe once, I think. They didn’t even have the decency to make anything in the movie out of bricks.

“Well, you got anything from the game?”

Over twenty years have passed since people started making movies based on video games, and no one has yet figured out that these movies wouldn’t epitomize the finest points of turtle shit if they bothered to write a script actually based on the games. I’d like to make an offer, and since most google searches that lead to my blog involve the terms “bdsm pc game,” I can reasonably expect plenty of viewers from Hollywood; I will, free of charge, write you a good script based on a video game. Absolutely free. I guarantee I know how to do it better than anyone who has ever written a video game movie. I only demand that if people actually like it, you have to do every video game movie the same way. 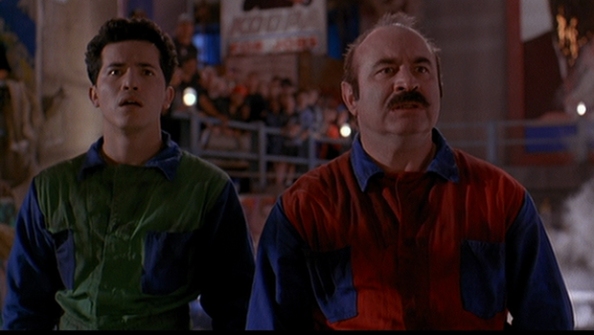 Mamma mia! Did we a-just make-a this piece-a of shit?

I’d love for a chance to re-make Resident Evil into a horror film, or write a Silent Hill script that follow’s James Sunderland’s crippling guilt. I wish I didn’t have to point out to Square Enix how they screwed up Final Fantasy: The Spirits Within by making it sci-fi instead of fantasy, setting it in New York instead of Midgar, leaving out swords, moogles, chocobos, airships, summoned monsters and everything else that actually makes it a Final Fantasy storyline. At least they haven’t gotten their meat hooks into Metroid or Castlevania.

And Hollywood, if you don’t take my offer…at least give us the Mario Bros remake with Hopkins, Tarantino and Scorsese. Now that I’ve had a chance to think it over, I’d actually like to see that.