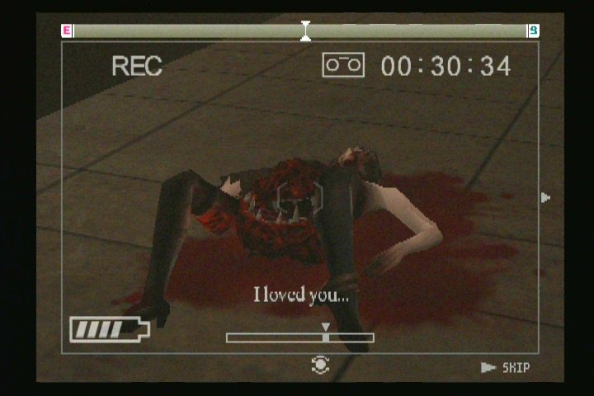 I loved you, but if you can’t prioritize me over that big gaping hole in your abdomen, I don’t think this relationship is going to work.

In the Firefly episode, The Train Job, they pull out a map of the route the train takes. From west to east, it runs from Hancock to Paradise City. This was a big hit in Northern Michigan, where it takes roughly five hours to drive from Hancock in the west to Paradise in the East. Michigan, you see, has a bit of a geographical identity crisis. Not only can you visit paradise, but its only a ten-minute drive from Florida to Alberta, and if you’d like you can stop at Phoenix on the way. We have a small town, Sault Ste. Marie, that’s named itself after the thriving Canadian city just across the water. It also has Christmas 364 days a year, and nowhere is happier than the Gay Bar…in the town of Gay. And that’s all just in Northern Michigan. Down in the Lower Peninsula, where the people don’t realize we call them trolls (because they live below the Mackinaw Bridge), things aren’t quite as nice, but not only did they christen a town named Hell, but it regularly freezes over. So naturally when I found out about the Europe-exclusive game, Michigan: Report from Hell, I thought it deserved at least an hour of my time. And as luck would have it, it deserved two.

First of all, let me say that setting Michigan: Report from Hell in Chicago borders on dishonest. It’s like opening a bottle of Mountain Dew and tasting Diet Coke. Or flipping open a Pizza Hut box to find a hubcap from a Winnebago. I think we can take legal action against Europe for wasting a title like that. Second, I don’t usually believe that something can be “So bad it’s good,” but if this unique piece of…survival horror was trying to elicit a strong emotional reaction from me, it succeeded beyond any horror game I’ve ever played. If it was trying for fear, though, then it may have better luck selling football equipment at an ICU.

You play as a cameraman for a Chicago news team. You also apparently have no arms and have grafted the camera onto your forehead because you can’t actually interact with anything other than to ram them with the camera, a move that takes more time to charge than a super kamehameha. Instead, you zoom in on objects to examine them or to tell your reporter to do something for you, like opening doors. The goal is allegedly to alert the reporter to the right objects, puzzles and monsters to keep them from stepping into, let’s assume, a portal to Hell. In reality, these reporters are more fragile than a Christian girl’s hymen on prom night. One of the first reporters I had to babysit saw a spider and literally died. I hadn’t even made it to hell.

He’ll never think to look for us on the other side of that line!

The story opens in a thick fog. Apparently Chicago is known for its warm, sunny climate and perpetually mild weather because the government has ordered an evacuation. The game says this is because they don’t know the cause of the fog. Apparently no one ever told them how water condenses out of humid air as the temperature drops, or that such a thing happens rather frequently along Lake Michigan (Oh, hey! That explains the title!…poorly.) On your first assignment, a bloodied woman staggers out of the mist and into an interview with a reporter who had, in the tutorial only moments before, suggested that you stop and help people if they clearly needed it. (You know, sometimes I truly envy youtubers who can actually show you this shit) The girl decides she’d rather be devoured by a monster, frightening the reporter so much she turns around and high-tails it to safety nearly ten whole meters down an unobstructed road to her news van. Then, naturally, the monster eats her too. Ah, the wonders of natural selection.

Now let’s re-hash this several times before you bleed to death.

Technically, the first level starts with your next reporter. Standing in a ruined hotel room, she receives a phone call from a panicking girl. “It’s okay,” she tells the girl in a calm, unhurried tone. “Stay where you are. We’re coming to help you. You’ll be safe. I promise. We’re on our way to rescue you.” Because the speediest rescuers often get stuck on one thought like an autistic myna bird. And if responding to her panic like Ferris Bueller’s econ teacher accidentally instilled too much confidence in her, she immediately rushes downstairs to give a ten-minute pep talk to the sound guy, who’s dramatically torn up over the death of the first reporter. Apparently, though, reporter #1 “knew the risks” when she signed on to the job. I’d like to see my local news station’s liability form for “may get devoured by hell spawn.” And then she runs over to a fountain machine, can’t pour herself a Pepsi, sees a spider, and if you don’t squish it on the camera lens, she dies. No health bar, no second chances, thankfully no restarting the level and sitting through the inane, repetitive dialogue. She just dies and the game dispenses the next reporter like the next pinball on your quarter.

The sound guy turning into Gene Simmons would have been very exciting…if I had actually seen it while playing the game.

And that pretty much sums up my major complaint with the game. The concept is interesting, but when the phone rings and the game feels I need a character to explain, “Hey, that’s the telephone,” I start to think I may find better things to do with my time. After getting a reporter who doesn’t have the survival instinct of a lemming, I got to wander around a nursing home for a bit. That’s when I noticed that while you can use the camera to get the reporter to open doors and search for things, she’ll only open whatever door she’s standing by and will only search for items within her reach. This means the game offers only slightly more challenge than playing I Spy while treading water in the middle of the Atlantic Ocean.

Rendered by someone who clearly has never had sex with a woman before. Aren’t you turned on by women who store cherry popsicles between their legs?

I didn’t stick with the game long. I encountered a woman who I assume is Reporter #4, strapped to a pool table in such a way that I felt like I had interrupted something way more interesting than Report from Hell. She asked Reporter #3 to set her loose, and rather than cutting the straps, we had to comb the area for missing pool balls, then rack them up with no more hints than a supposed poster on the wall darker than Dick Cheney’s soul. That’s about when I had had enough.